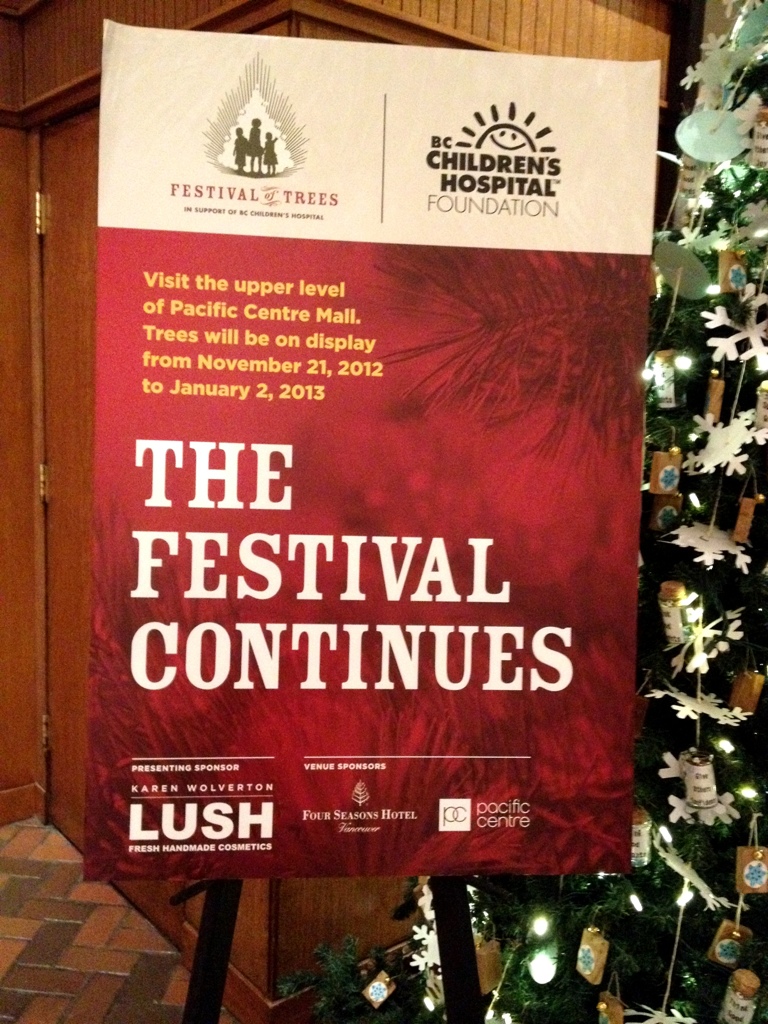 Festival of Trees 2012 officially launched on Wednesday, November 21, with a fabulous tree lighting ceremony at the Four Seasons Hotel.

Awards were given to tree sponsorsÂ for the following categories:

Congratulations to all the winners!