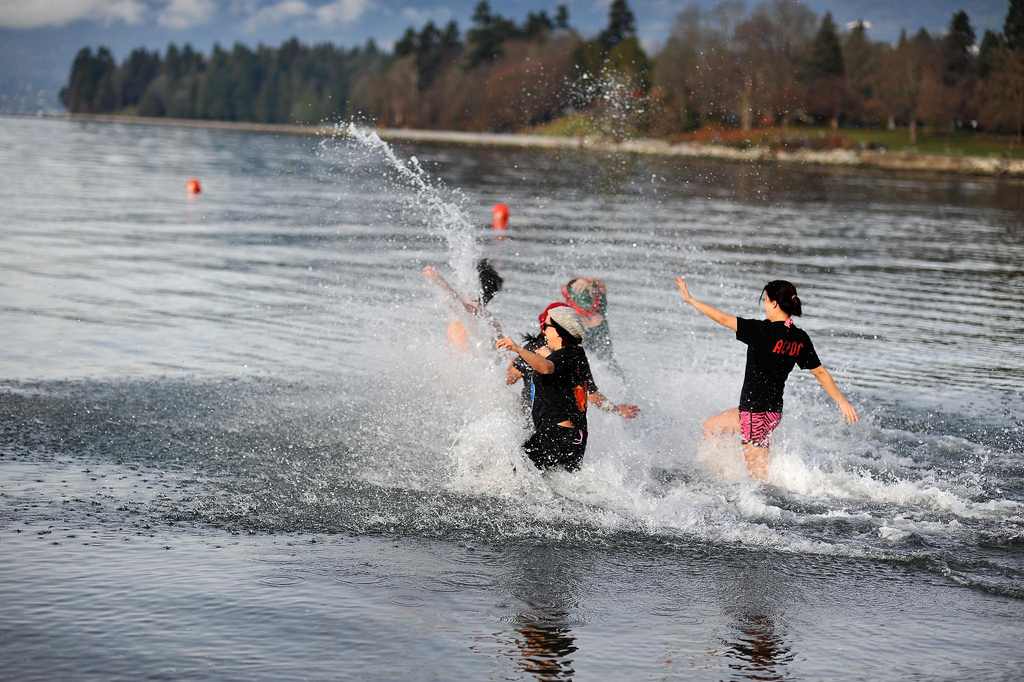 More than 2,000 Vancouverites welcomed the New Year with a splash into the icy waters during the 93rd Annual Polar Bear Swim in English Bay on Tuesday January 1, 2013. 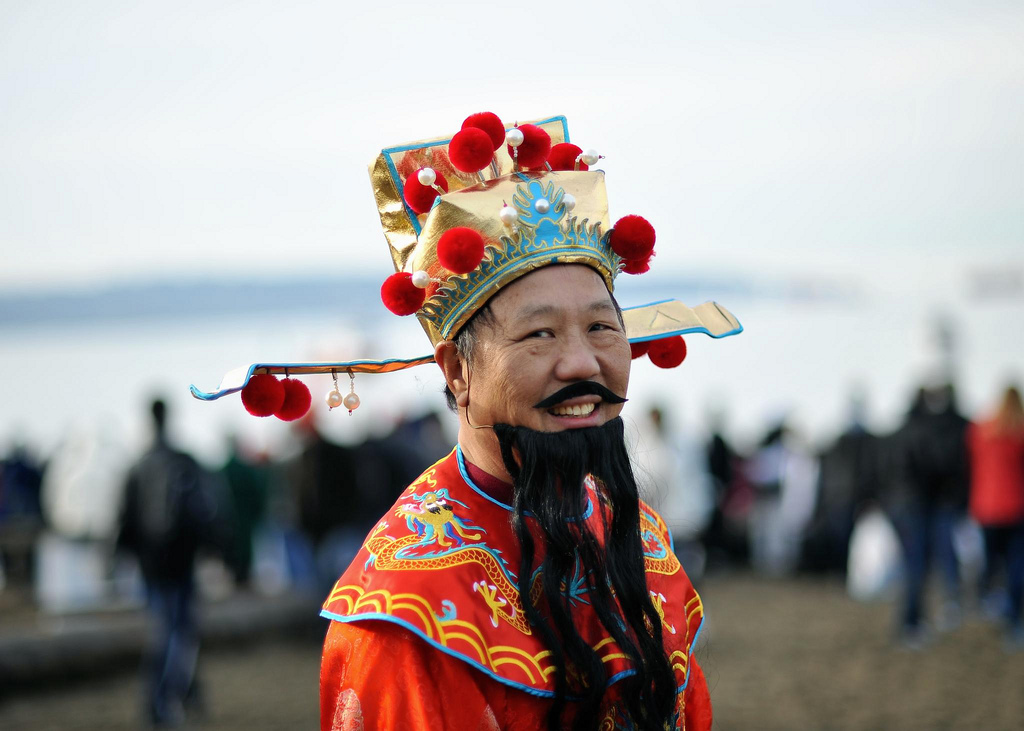 There was one cold, hard consoling fact for those participating in Vancouver’s annual polar bear swim — the water in English Bay was slightly warmer than the air temperature.

Wearing bath robes, spandex-like suits, sombreros and even bikinis, more than 2,200 people greeted the new year by plunging into the black waters off the city’s downtown core.

Luis Sintillan, a 43-year-old Ecuadorian, says he took the plunge for the first time because he’s visiting Canada and was told he had to participate for the experience.

Jason Aviss of Langley, B.C., says he participated because the swim was a “cleansing thing,” and he dressed in a tuxedo Morphsuit, a spandex-like full-body-suit, just to be formal.

City of Vancouver spokesman Sean Healy says 2,233 registered for the event and about 18,000 spectators watched, making the swim the biggest in B.C. and one of the largest in the world.