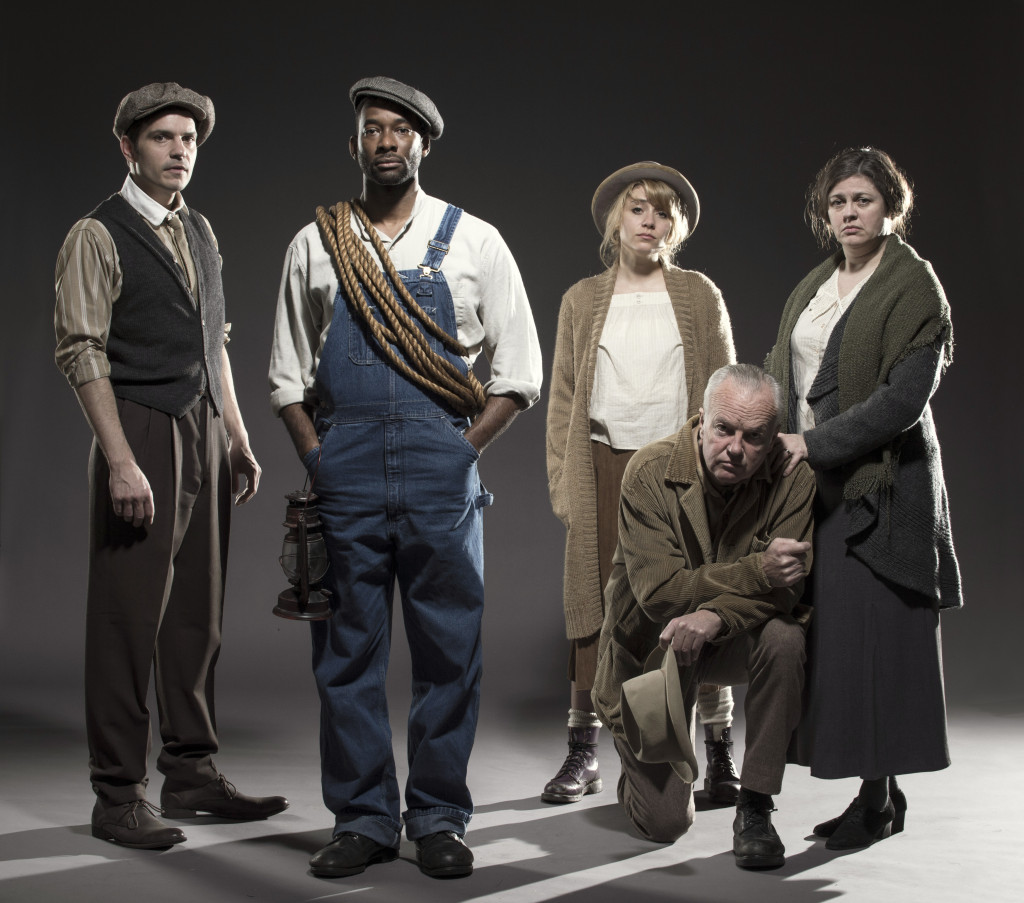 Patrick Street Productions (PSP) and Talk is Free Theatre present the Vancouver premiere of the bold and brilliant Floyd Collins at the newly opened York Theatre on Commercial Drive, March 11-30, 2014. Based on the haunting true story of an American explorer and entrepreneur, this riveting musical is composed by Adam Guettel, who also wrote PSPâ€™s 2011 award-winning hit, The Light in the Piazza. Directed by PSP Co-Artistic Producer Peter Jorgensen, Floyd Collins features a star-studded cast including Arctic Airâ€™s Kevin McNulty and Republic of Doyleâ€™s Krystin Pellerin, led by the dynamic Bermuda-born Daren A. Herbert in the title role.

â€œFor me, this is a play about two kinds of glory: an old variety that is about divinity and legacy, and a contemporary one synonymous with celebrity and fame,â€ says Jorgensen. â€œIt was his pursuit of the old type of glory that drove Floyd Collins to crawl deep beneath the earth, hoping for a discovery that would make his legacy immortal. In a cruel twist of fate however, he became an early example of the later kind, igniting a short-lived media circus as he lay trapped 100 feet underground.â€

The musicalâ€™s narrative is based on real-life events that played out in Kentucky in February 1925. Floyd Collins is a 37 year-old cave explorer who becomes trapped while navigating an underground network he hopes to develop into a tourist attraction. Pinned beneath the ground, his family and fellow cavers begin a rescue attempt. When it becomes clear that his extraction will not be easy, these efforts escalate and intensify, while a mob of reporters gathers above ground, initiating one of Americaâ€™s first nation-wide media frenzies.

Floyd Collinsâ€™ music and lyrics are by Adam Guettel and its book is by Tina Landau. Its musical style draws from bluegrass and Americana, while integrating sophisticated elements akin to the compositions of Bartok and Stravinsky. Though the musical premiered Off-Broadway in 1996, Patrick Street Productionsâ€™ staging constitutes the first time the landmark work will play on a Vancouver stage.

â€œWe have wanted to stage Floyd Collins in Vancouver for many years; we hear the future of musical theatre in Adam Guettelâ€™s nuanced and evocative score,â€ says Katey Wright, Co-Artistic Producer at PSP. â€œThe production is especially resonant this year, however, because we open our season with a Rodgers & Hammerstein revue. Guettel is actually the grandson to Richard Rodgers, and this generational link between the shows – one celebrating a golden age, the other looking forward – is deeply meaningful to us.â€

The ensemble will be accompanied by a live six piece band all giving voice to Guettelâ€™s exquisite score.

Floyd Collins is directed by Peter Jorgensen, with musical direction from Jonathan Monro and assistant direction by Chris Allan. Sets and props are designed by Amir Ofek, costumes by Barbara Clayden, lighting by Jeff Harrison, and sound by Bradley Danyluk.

Floyd Collins is a co-production with Talk is Free Theatre.