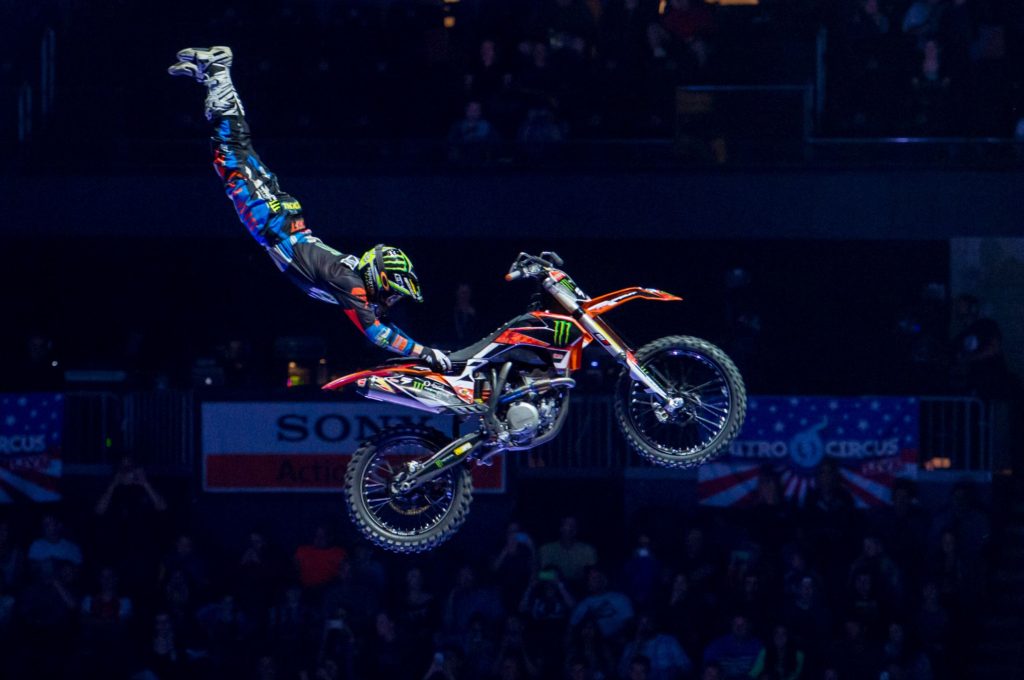 On Sunday, Nitro Circus kicked off the West Coast leg of the tour at Rogers Arena in Vancouver. It was sold out show with 16,000 cheering fans. We witnessed the very best in FMX (freestyle motocross), BMX & skate stunts. 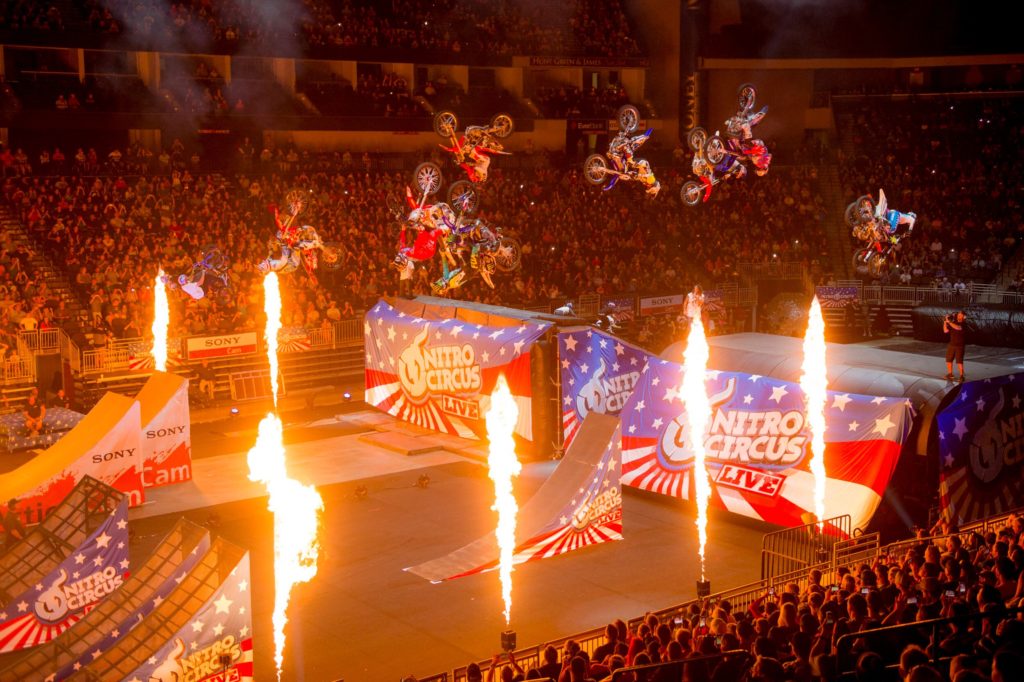 It was a pyrotechnic spectacular with back flips, front flips, hart attacks and kiss of deaths. 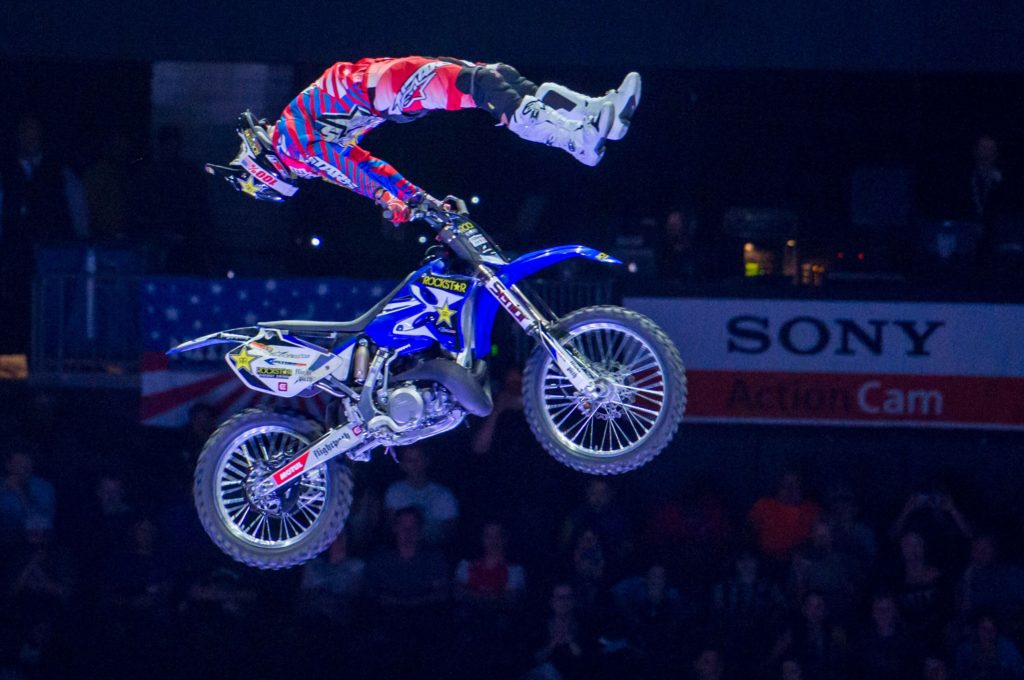 There was kayak, scooter, roller skate, ski & snowboard. Anything they can put wheels on it, they will try to jump it on a 50 foot ramp. They used “The Slingshot” to propelled the riders from 0 to 60 mph in 2.9 seconds. That’s faster than most sport cars.

With a partnership with Sony Action Cam, each athletes were given 4K action camera to capture every moment.

Before the show, we interviewed Travis Pastrana about the evolution of Nitro Circus, process of creating a new stunt and partnership with Sony Action Cam.

For 2016, Nitro Circus is coming to Europe with stops in Stockholm, Munich, London and Paris.