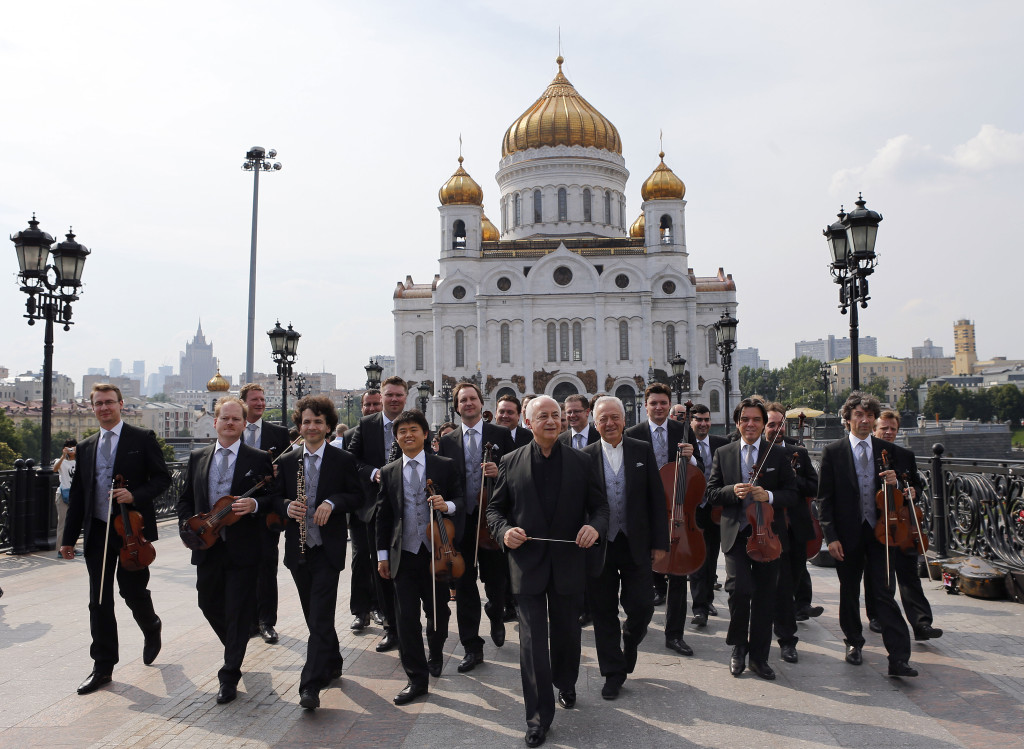 Show One Productions presents the Moscow Virtuosi Chamber Orchestra & Maestro Vladimir Spivakov on May 6, 2014 at 8pm at the Chan Centre for the Performing Arts. The ensemble of top-ranking soloists, under the direction of internationally renowned conductor and violinist Spivakov, arrive as part of a global tour commemorating their 35th Anniversary. The special occasion marks a long-awaited return, as it has been nearly six years since the world-class musicians last performed â€“ to a sold out house – in Vancouver.

â€œWe are delighted to be involved in the 35th anniversary celebration of Moscow Virtuosi and are thrilled to present them on the west coast,â€ said Svetlana Dvoretsky, President of Show One Productions, who has presented the ensemble in Canada for the past decade. â€œThe ensemble received rave reviews last time they were in Vancouver and we expect audiences will be equally excited for this long overdue return.â€

For 35 years, the Moscow Virtuosi Chamber Orchestra and its maestro, Vladimir Spivakov, one of the world’s most prominent conductors and violinists, have set the gold standard for chamber music performance. It is their impeccable attention to musical nuance coupled with a flawless ability to execute simultaneously that leaves audiences breathless. The Washington Post hailed the Virtuosi as “a dramatically unified ensemble” with “a sound that would put many full orchestras to shame.”

Boasting top-ranking soloists from the great orchestras of Russia, the ensemble officially debuted at the Cultural Olympiad leading up to the 1980 Moscow Olympics. Now based at the Moscow Performing Arts Centre, they give over 100 performances each year, most of them on tour at some of the worldâ€™s finest venues including the Concertgebouw in Amsterdam, Carnegie Hall in New York, and Suntory Hall in Tokyo.

The programming for the special anniversary concert includes works by Mozart, Tchaikovsky, and Shostakovich as well as an arrangement of Piazzollaâ€™s La Historia del Tango suite for violin and orchestra showcasing soloists from within the Virtuosi.