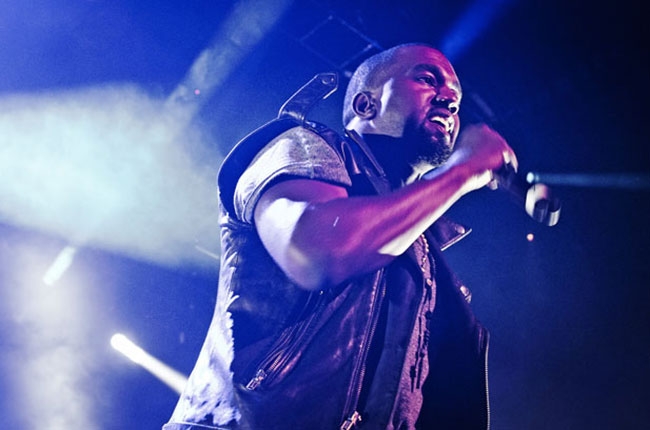 21-time Grammy AwardÂ®-winner (and 52-time GrammyÂ® nominee)Â Kanye WestÂ will return to the road this fall forÂ THE YEEZUS TOURÂ – a 23-city North American tour presented by AEG Live – in support of his gold albumÂ YEEZUS, the most critically acclaimed new album of 2013 and the 6thÂ consecutive #1 album of his storied career. West â€“ a legendary live performer – combines state-of-the-art staging, production, and lighting design with his unmatched aesthetic, visionary creative mind, and an increasingly impressive catalogue of hits spanning his decade-long career. To date, Kanye WestÂ has sold over 21 Million albums and over 66 Million digital tracks worldwide.

The seven week tour of the U.S. and Canada will openÂ October 19thÂ at the KeyArena inÂ Seattle, and conclude on December 7th at the Toyota Center in Houston. Tickets and VIP Experiences go on sale in select markets startingÂ Friday, September 13, details atÂ kanyewest.com. Joining Kanye in exclusive support onÂ THE YEEZUS TOURÂ will beÂ Top Dawg Entertainment’s own Kendrick Lamar, who has emerged as one of the-brightest young talents in hip-hop today. Lamarâ€™s debut albumÂ good kid, m.A.A.d city, released in October of last year, was recently certified platinum by the RIAA.

THE YEEZUS TOURÂ is Kanye Westâ€™s first major itinerary since hisÂ WATCH THE THRONEÂ tour withÂ JAY ZÂ in 2011 – the highest grossing tour in hip-hop history â€“ and his firstÂ soloÂ tour since 2008â€™s critically acclaimedÂ GLOW IN THE DARKÂ tour. Recently, theÂ Washington PostÂ hailed West as “a visionary whoâ€™s managed to tweak the serial rhythms that dictate so much of our pop culture diet. He doesnâ€™t do cliffhangers. He jumps offâ€¦We gasp, gawk and wonder, â€˜Where will he land?â€™â€

Westâ€™s recent effortÂ YEEZUSÂ has been hailed by critics asÂ theÂ album of the year;Â The New York TimesÂ raved “the album is one long, efficient, inventive kick in the head,â€ while theÂ Daily NewsÂ agreed that YEEZUS was “punk in attitude, genius in execution.”Â Rolling StoneÂ argued the album was “a brilliant, obsessive-compulsive career auto-correctâ€¦This isn’t just a way to stay ahead of the competition; it’s a way to stay ahead of himself.â€Â The New Yorkerechoed the sentiment, proclaiming YEEZUS as “technically breathtakingâ€¦Twenty years from now, Westâ€™s previous records will remain important, but a new generation may first gravitate to the lean vibrancy of this one.”Â USA TodayÂ weighed in with “â€¦a polarizing, multi-layered body of work that probably will be debated all summer. Who does that besides Kanye West?â€Â Entertainment WeeklyÂ summed things up with “Kanye West has gone rogue again. Did you expect anything less? The job of an innovator, of course, is to keep innovatingâ€¦ â€¦he pushes the envelope aesthetically.â€

Kanye again pushed the envelope at the 30th anniversary 2013 MTV VMAs, with his visually stunning, silhouetted performance of â€œBlood On The Leaves,â€ from YEEZUS. Â The performance made VMA history, marking Kanyeâ€™s seventh showcase at the awards spectacular, tying him with Madonna as the two artists with the most number of VMA performances. Â Kanye West has delivered some of the most visually stunning and memorable – and controversial – performances in the annals of the MTV VMAs.

Check out the complete tour dates below: