Interactive Exhibition Invites Vancouverites to ‘Get Happy’ at Museum of Vancouver 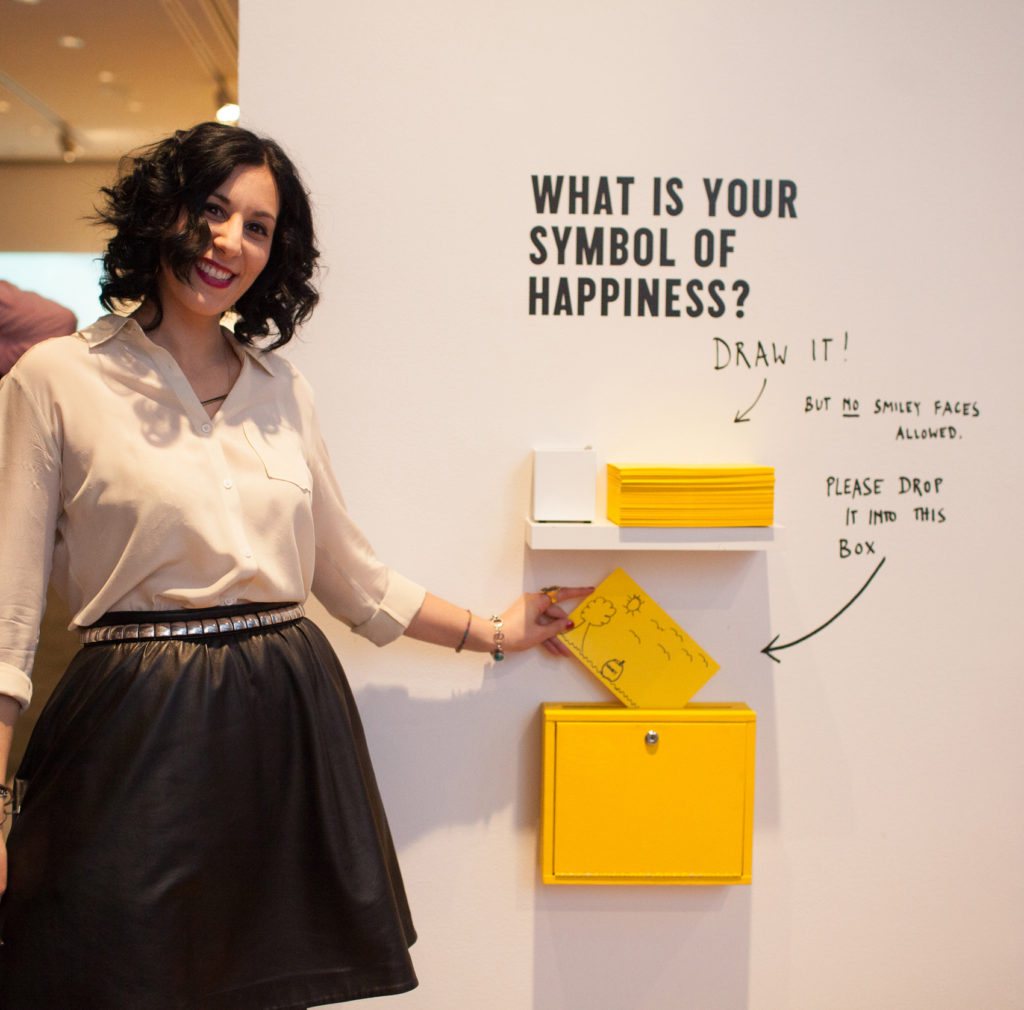 From the Museum of Vancouver (MOV) comes a vibrant exhibition and profound exploration of one of humanityâ€™s universal desires: happiness. Conceived by one of the worldâ€™s foremost designers and creative minds, Stefan Sagmeister: The Happy Showâ€”on display April 23 â€“ September 7, 2015 at MOVâ€”is both thought-provoking and engaging. One of the largest exhibitions in MOVâ€™s 120-year history, this astonishing experience transcends the boundary between art and design. It takes over museum galleries and in-between spacesâ€”stairwells, hallways, and restroomsâ€”in order to ask: what makes us happy?

â€œThe Happy Show arrives as the wellbeing of Metro Vancouver residents is at the forefront of attention. The Vancouver Foundation has recently reported that Lower Mainland residents feel lonely and isolated. Our local and provincial governments are now recognizing that social connection is crucial for personal happiness and for a thriving city,â€ says Gregory Dreicer, MOV Director of Curatorial and Engagement. â€œThis exhibitionâ€”masterfully created by Sagmeisterâ€”will delight visitors with works of art and design as it inspires them to reflect on their own lives.â€

Sagmeister, who has documented his struggles with alcohol and drugs, weight gain, and depression, first conceptualized The Happy Show in an attempt to define and control his own happiness during a client-free sabbaticalâ€”a year-long break he takes every seven years to creatively recharge. The final display is the result of 10 years of research into his own personal happiness.

Confronted with stories about wellness, mindfulness, and sex, viewers will be immersed in an experience akin to walking into Sagmeisterâ€™s mind. The Happy Show is comprised of an array of engaging infographics, video projections, and interactive installations, including a stationary bike that powers a wall of neon, a giant inflatable monkey, and a series of gumball machines that displays visitorsâ€™ collective level of happiness. Audiences will also enjoy a preview of Sagmeisterâ€™s soon-to-be-released documentary, The Happy Film, which depicts his attempts to increase his happiness through meditation, cognitive therapy, and mood-altering pharmaceuticals.

Born in Austria in 1962, Sagmeister has had a significant impact on design over the past decade, regarded for his keen eye when blending typography with imagery in strikingly original ways. A multi-award winning artistâ€”including two GRAMMY Awards and the Lucky Strike Designer Award, among many othersâ€”Sagmeister is co-founder of sought-after New York design firm, Sagmeister & Walsh. His resume boasts such clients as HBO, Leviâ€™s, The Rolling Stones, Time Warner, and the Guggenheim Museum. He has delivered several popular TED talks on happiness and design, and written numerous books including: Things I Have Learned in My Life So Far, Made You Look, and Another Book about Promotion and Sales.

MOV will engage visitors in a diverse array of public activities that extend The Happy Show into the community. Programs include a public symposium on ideas for happier communities led by one of the worldâ€™s foremost experts on the subject, University of British Columbia Professor John Helliwell; a series of Happy Hours that will encourage Vancouverites to meet each other and inspire happiness through interaction; and a series of guerilla street interventions that invite social connection.