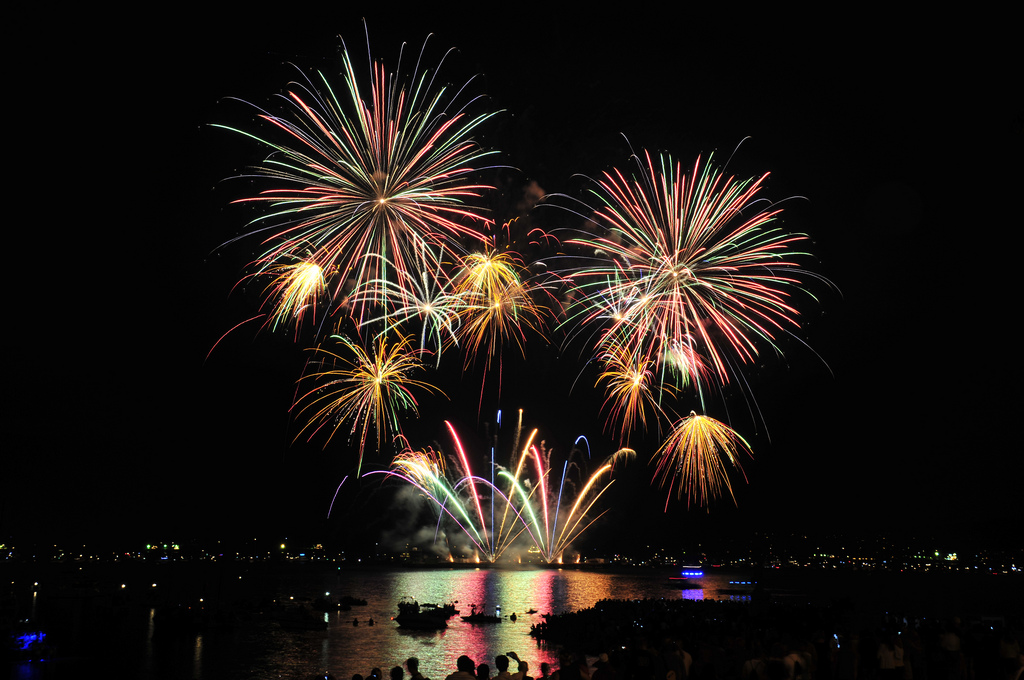 Vancouver’s beaches and skies will be lit up again for the 23rdÂ annual Honda Celebration of Light set for, July 27th, July 31stÂ and August 3rd. This year’s event will feature the United Kingdom, Canada and Thailand.

“We are very pleased with this year’s lineup,” said the Hon. John D. Reynolds, Chairman of the Vancouver Fireworks Festival Society. “Canada is definitely a crowd favorite, but England and Thailand will be giving them a run for their money.”

The Honda Celebration of Light continues to grow thanks to the generous support from the City of Vancouver and the Vancouver Board of Parks and Recreation; Title Partner Honda; Major Partners The Keg Steakhouse and Bar, Concord Pacific and Shore 104.3 FM; as well as Community partners Tourism Vancouver, the Vancouver Airport Authority, Red Bull, The Vancouver Hotel Destination Association, Seaspan and Shaw.

“Honda Canada is very happy to continue its support of the festival,” said Jerry Chenkin, executive vice president, Honda Canada Inc. “The event is enjoyed by all walks of life and we are thrilled to be back as the title sponsor.”

“The Honda Celebration of Light is a signature summer event for so many people and continues to be one of Vancouver’s most popular festivals,” said Mayor Gregor Robertson. “The event is as a major tourism driver and provides a huge boost to businesses in our vibrant local economy.”

The festival has been generating some impressive awards in the off-season, winning Best Festival in Canada at the 2012 Canadian Special Event Awards in Toronto and receiving Gold from the Sponsorship Marketing Council of Canada. This year, festival organizers are raising the bar yet again with a host of additional attractions and activities. Here’s what to look for at this year’s festival:

The 2013 Honda Celebration of Light competition will begin promptly at 10:00pm over English Bay, rain or shine, with barges generously donated by Seaspan. Music simulcast can be heard on SHORE 104.3 FM. The winning country will be announced Monday, August 5th.

The SHOREfest concert series at English Bay and Sunset Beach returns with free performances by Juno Award winner Serena Ryder and many more. Organizers also plan to include cultural entertainment from the competing countries each night at the Sunset Beach stage.

The temporary Keg Lounge presented by The Keg Steakhouse and Bar will be located on top of the Bath House Roof at English Bay. The Keg Lounge offers guests prime viewing opportunities, delicious food offerings, and intimate music experiences from the English Bay SHOREfest stage, including Juno Award winner Serena Ryder. Proceeds from The Keg Lounge benefit the not for profit Vancouver Fireworks Festival Society. Tickets are $129 – on sale now atÂ www.HondaCelebrationofLight.com.

The 2013 event will see the return of the Red Bull Airshow on July 27thÂ and August 3rdÂ with Canadian pilot Pete Mcleod. Pete was the first Canadian to have competed in the prestigious Red Bull Air Show and will be thrilling crowds with a special 10 minute aerobatic display aboard his newly designed Edge 540 Aircraft.

The festival’s longest standing partner, Concord Pacific, is teaming up with the festival to produce the first ever Seawall Challenge on July 27, an urban adventure that benefits after-school programs in the Lower Mainland. Teams of four will compete in a series of physical and mental challenges across Vancouver’s waterfront, playing for prizes and cash donations to their Lower Mainland School of choice.

After a successful 2012 tournament, the festival is expanding its sport tournament at Sunset Beach, organized by Urban Rec, Vancouver’s biggest sport and social club. This includes a Volleyball tournament on Saturday July 27 and Saturday August 3, as well as a Bocce tournament on Wednesday, July 31 – all with major prizes to be won. Information and registration will be available closer to the festival atÂ http://www.urbanrec.ca/Vancouver.

The festival has also partnered with the Vancouver Hotel Destination Association to provide two free tickets with select hotel bookings during the fireworks nights. Hotel packages and tickets on sale now atÂ www.HondaCelebrationofLight.com.

The festival and the West End BIA have partnered for the first time, working with businesses to create an even more dynamic and inviting experience for festival-goers. WEBIA will host a series of roaming performances along Davie and Denman, provide additional infrastructure and work with area businesses to showcase the neighbourhood’s impressive culinary and retail offerings.

The Honda Celebration of Light will also be re-launching the 2013 edition of the Festival’s mobile App, in partnership with Shaw. The app will allow festival goers to view artist schedules for SHOREfest, search through an interactive map, vote for their favourite team and listen to the simulcast of the firework’s soundtrack.

The Honda Celebration of Light would not be possible without the generous support from the City of Vancouver and the Vancouver Board of Parks and Recreation; Title Partner Honda; Major Partners The Keg Steakhouse and Bar, Concord Pacific and Shore 104.3 FM; as well as Community partners Tourism Vancouver, the Vancouver Airport Authority, Red Bull, The Vancouver Hotel Destination Association, Seaspan and Shaw.

For more information please visitÂ www.vancouverfireworks.caÂ for up to date site maps and information.