Five Hole for Food Asks, â€œVancouver, Will You Play Hockey for Food?â€ 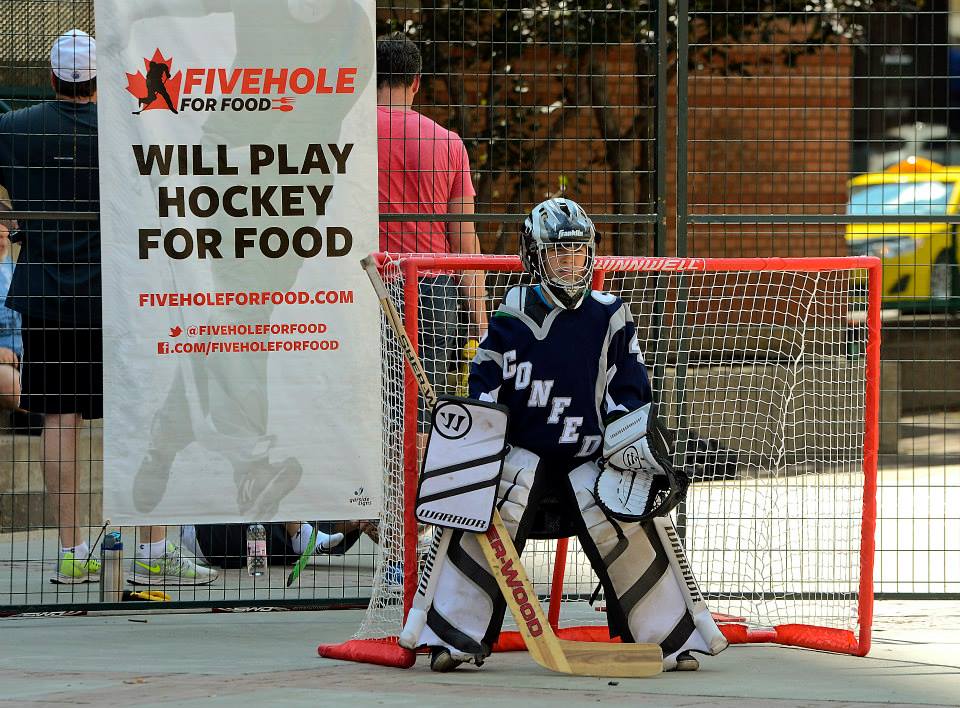 Five Hole for Food founder, Richard Loat and his friends are setting off on a coast-to-coast tour for the sixth consecutive year, stopping in 13 cities along the way, and playing ball hockey to feed hungry Canadians. After a milestone fifth anniversary tour, FHFF looks to continue build upon the 1-million pounds of food it has raised over five years for local community food banks during this yearâ€™s road trip.

Vancouver is the 13th and last stop of the road trip. The public is invited to bring their hockey stick to play in a drop-in ball hockey game and, if they dare, challenge Richard and his crew in the face-off circle. Individuals and teams can now register in advance of the event at: http://www.fiveholeforfood.com/register

While there is no charge to play, participants and spectators are encouraged to bring a non-perishable food item or cash donation. Volunteers from the local food bank will be on site to collect donations.