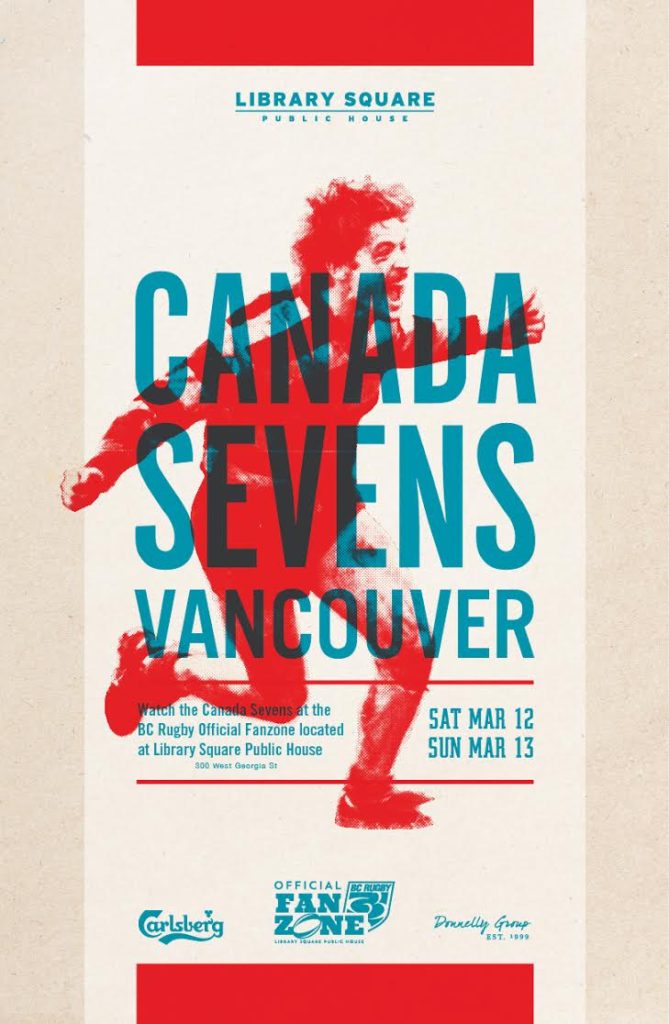 â€œThe Vancouver Rugby Festival and the HSBC Canada Sevens Vancouver Tournament represent a huge moment for our sport in BC,â€ said BC Rugby CEO Annabel Kehoe. â€œDonnelly Group has been a great partner for our sport and weâ€™re thrilled to be working with them to spread the fun of rugby and raise money for youth rugby in BC.â€

Library Square Public House has been a long-time destination for rugby fans before, during and after matches. â€œWeâ€™ve got rugby fans across the entire Donnelly Group, but Library Square is the go-to spot for Vancouverâ€™s most passionate sports fans,â€ said Damon Holowchak, Donnelly Group Director of Marketing. â€œWe’ve fostered a fantastic rugby culture here at Library Square. Many members of our team are active players with local Rugby Clubs and are extremely knowledgeable about the game.â€