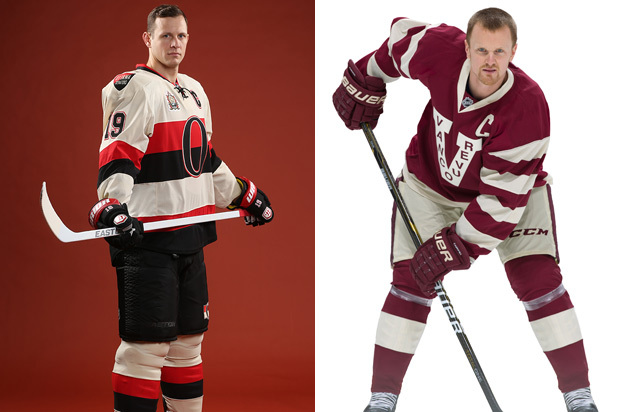 The National Hockey League, in conjunction with the City of Vancouver, has announced plans to hold a free outdoor hockey and entertainment festival for fans of all ages in celebration of the 2014 Tim Hortons NHL Heritage Classic game between theÂ Ottawa SenatorsÂ and theÂ Vancouver Canucks.

On Sunday, March 2 from 9:00 a.m. â€“ 1:00 p.m. — before the puck drops for the 2014 Tim Hortons NHL Heritage Classic — the parking lot outside the Plaza of Nations will transform into the 2014 Canadian Tire NHL Spectator Plaza. Festivities that highlight the event include: autograph opportunities and a live question and answer session with 1994Â Vancouver CanucksÂ Stanley Cup Final team membersÂ Kirk McLeanÂ andÂ Cliff Ronning; interactive hockey-themed attractions; a wide selection of officially licensed merchandise and collectibles; a chance to win tickets to 2014 Tim Hortons NHL Heritage Classic game; and much more. Starting at 10:30 a.m., fans can enjoy a musical performance by Side One presented by SiriusXM.

Hereâ€™s how you can enter to win: