A local surveillance solutions company confirmed today that it has indisputable video evidence of Santa Clausâ€™ existence. The high-definition (HD) surveillance footage, captured by Avigilon during a routine field-testing exercise, shows Santa Claus on the roof of a building in Vancouver, BC.

â€œThis is a significant piece of video evidence,â€ Bob Von Zubem, an expert in HD video analysis and CEO of HD Video Analysis Inc. â€œExamining the image detail of the footage, we were able to verify the existence of Santa Claus.â€

â€œWe are proud to have played a role in this discovery. Even as an adult, a small part of me never stopped believing in Santa and now I never have to,â€ said Alexander Fernandes, president and CEO at Avigilon. 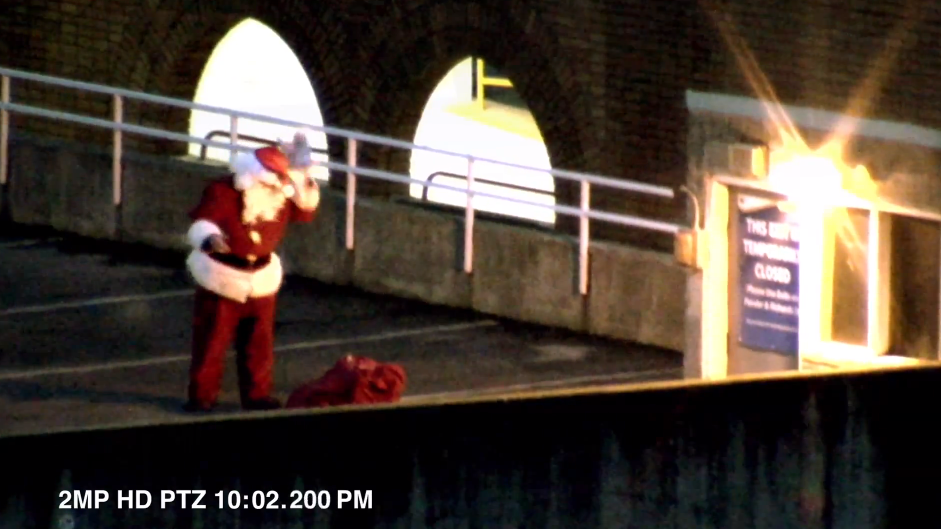