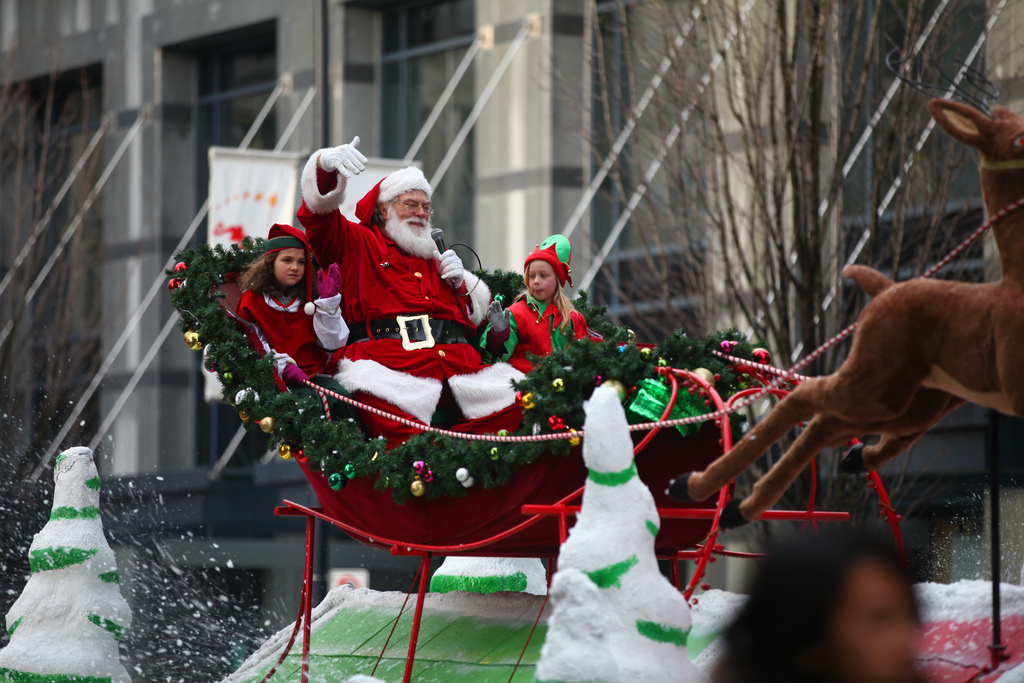 Route:
The parade will start at West Georgia and Broughton (at 1:00 pm), travel east along West Georgia, turn south on Howe and finish at Howe and Davie.

Come out and join in on the family fun pre-parade festivities! There will be live entertainment on the main stage, Decorate a Gingerbread Man, Write a Letter to Santa and much more!

Post Parade Fun:
Following the parade, Pictures with Santa will be held from 3:00pm to 5:00pm at the Robson Square Ice Rink.

Spectators are encouraged to bring a cash or non â€“ perishable food donation for theÂ Greater Vancouver Food Bank Society. On parade day, donations can be dropped off with Food Bank Volunteers along the parade route and at the Food Bank tent at the Coast Capital Christmas Square as well as the Burrard Skytrain station.