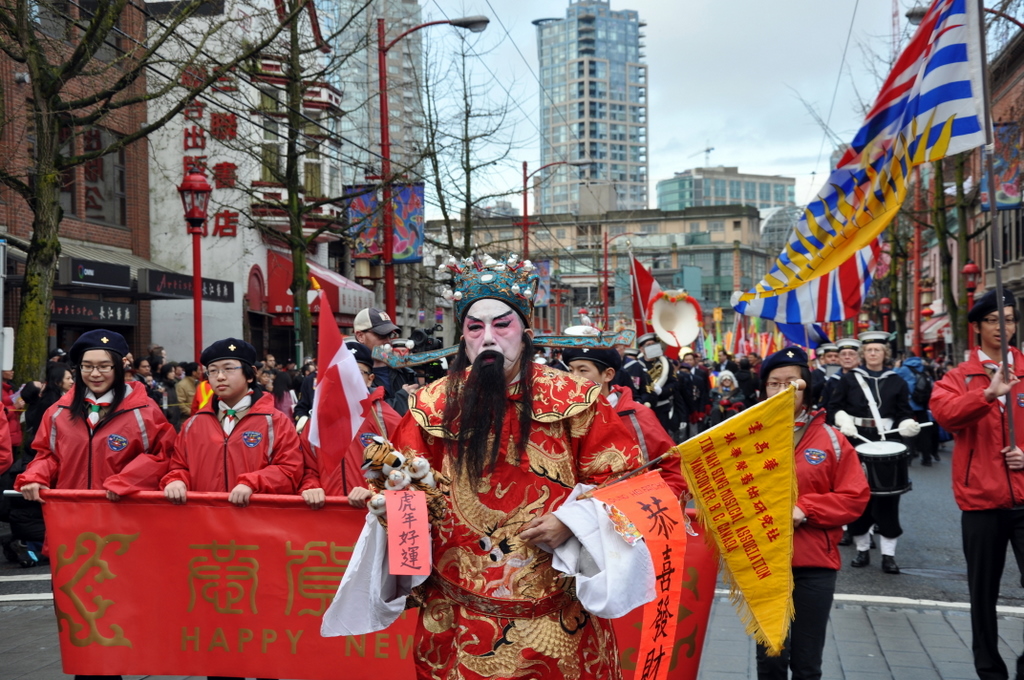 The Chinese New Year Parade, Vancouver Chinatown’s signature event, will return on February 6th, 2011. With lion dances, cultural dance troupes, marching bands and more, this parade is a cultural extravaganza not to be missed. Come see the sights, sounds and festivities of Chinese New Year to celebrate the Year of the Rabbit!

The Chinese New Year Parade celebrates the new year of the Chinese lunar calendar and is a fun-filled event for everyone to enjoy. According to the City of Vancouver, the parade is one of the three largest non-commercial annual parades of Vancouver. The parade features the largest assembly of traditional lion dance teams in Canada with dozens of colourful and energetic lions from the various local fraternal and martial arts organizations. Other highlights include multicultural dance troupes representing the diverse segments of our Canadian cultural heritage, the Vancouver Police Department Motorcycle Drill Team, marching bands and various community groups. The parade is expected to have some sixty non-commercial entries, bringing over 3,000 participants from various community and cultural groups. It is not surprising that the parade draws over 50,000 spectators along the route each year plus many more seeing it through TV coverage.

The parade route is about 1.2 Km long. The starting point is at the Millennium Gate on Pender Street (between Shanghai Alley and Taylor Street), the parade will proceed east along Pender Street, turn south onto Gore Street, turn west onto Keefer Street and then disperse at Keefer and Columbia. See map here

The annual Chinese New year Banquet will once again be held at the Floata Seafood Restaurant, featuring lion dances, greetings by the fortune god and a variety show with singing, cultural dances and more. Reception starts at 6 pm in Chinese. The restaurant is located at #400, 180 Keefer Street. Tickets are $35 each.