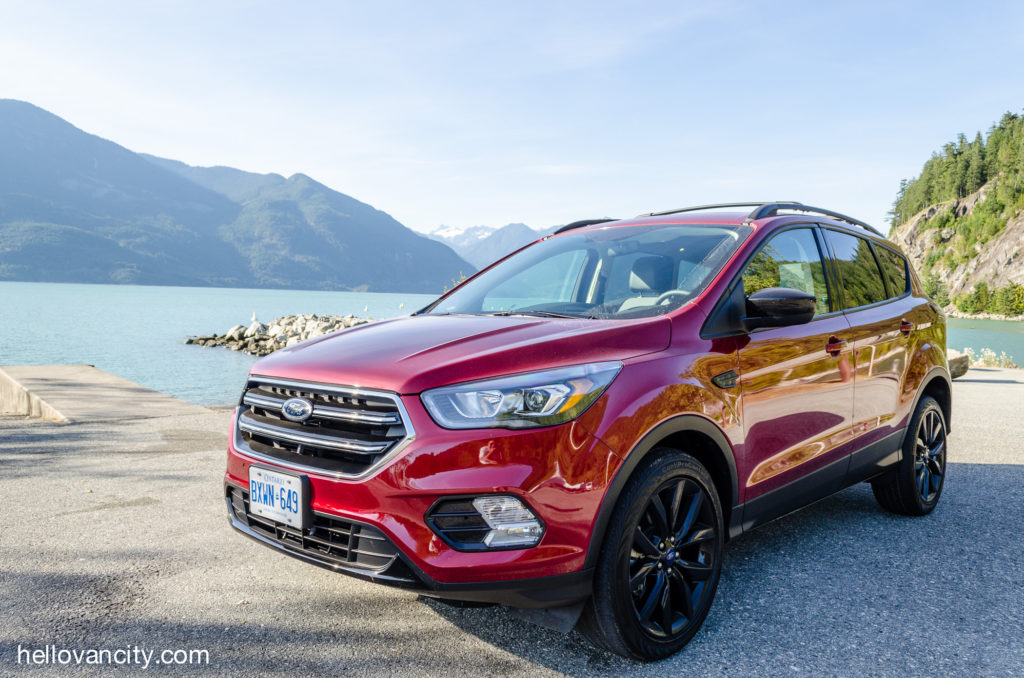 Ford Escape continues to be Canada’s best selling crossover SUV. Ford has sold over 47,000 units in 2015. Courtesy of Ford Canada, I took the 2017 Ford Escape SE for a sea to sky adventure to Whistler. The new Escape gets a fresh redesign and brand new engines with Auto Start-Stop technology.

There are two new turbocharged EcoBoost four cylinder engines, 1.5 litre EcoBoost and a higher performance 2.0 litre Twin-Scroll EcoBoost. The engine is paired with a six speed SelectShift automatic transmission. My test vehicle had the 1.5L EcoBoost which deliver 179 horsepower and 177 lb. ft. of torque. On the Sea to Sky Highway, the turbocharged engine performed well. The acceleration was quick and responsive while changing lanes. It also had plenty of power accelerating up the mountain.

In addition, the Auto Start-Stop technology helps reduce fuel consumption and vehicle emissions during city driving. While the vehicle is stopped, the engine automatically shuts off and then seamlessly restarts when you step on the accelerator or when your foot leaves the brake pedal. The engine is rated at 10.2 L/100 km city, 7.8 L/100 km hwy & 9.1 L/100 km combined. The Escape is one of the most fuel efficient SUV in its class.

The Escape is available in 3 trim models: S, SE & Titanium 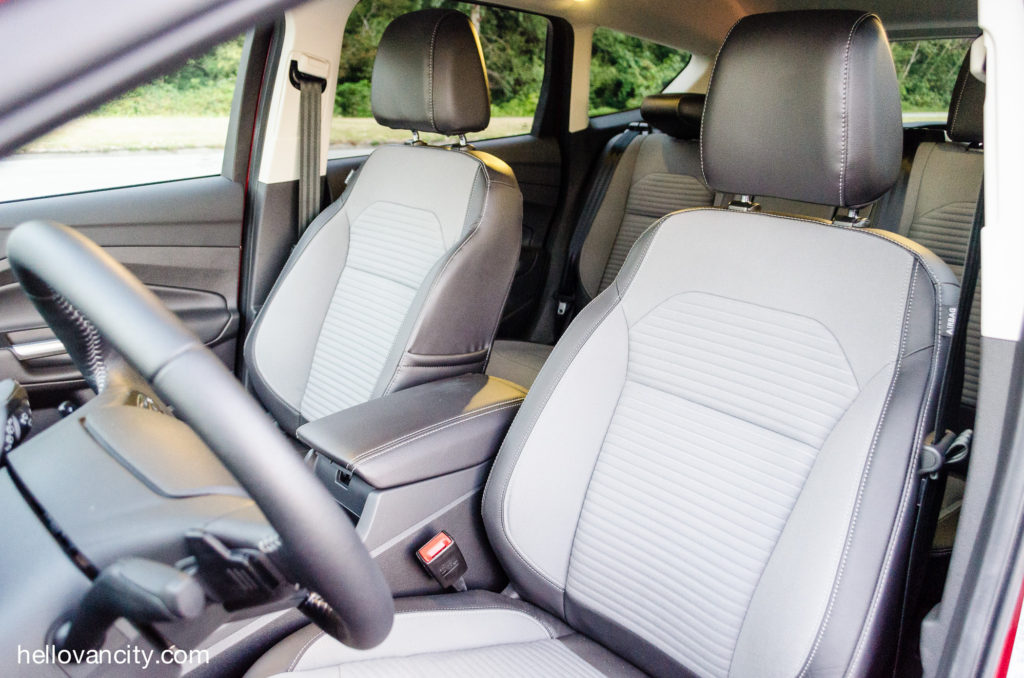 The Ford Escape features a redesigned center console with more interior storage than the previous model. The cabin is spacious and plenty of room for 5. It has a Hands Free Power Liftgate, you simply swing your foot under the bumper to open the hatch. It was handy when loading luggages and groceries bags. It has a maximum cargo space of 68.0 cubic feet.

The Escape is the first Ford vehicle to offer SYNC 3 with Apple CarPlay and Android Auto. With Apple CarPlay, you can control your iPhone apps using the touchscreen, steering wheel controls or Siri. While with Android Auto, you can access Google voice search, maps & music. During the road trip, I was able to receive emails, listen to my podcasts & get up-to-date news with Google Now. It work seamlessly with my Samsung smartphone. Another cool feature is SYNC Connect via Ford Pass, which allow you to start, lock, unlock and locate your vehicle from your smartphone.

The Escape is equipped with the latest driver assisted technology like adaptive cruise control, lane-keeping system, enhanced active park assist & BLIS (Blind Spot Information System). Don’t like to parallel park? At the touch of a button, enhanced active park assist will scan for available parking spot. You shift into reverse, the system will autonomously steer your vehicle into the space. It can also park out which it will automatically steer the vehicle out of the parking spot.

Overall, the 2017 Ford Escape SE with the new 1.5L EcoBoost engine is fun to drive. It has great fuel economy and equipped with all the latest safety, entertainment & driver assisted technology. It is an ideal crossover for urban dwellers and young families.