At the 2018 Vancouver Auto Show, Mitsubishi Motors Canada showpiece is the brand newÂ 2018 Outlander PHEV, the worldâ€™s best-selling plug-in hybrid electric SUV, which is now available in Canada and all-new 2018 Eclipse Cross. In the span of four months Mitsubishi Motors is doubling its SUV offerings and repositioning itself as an SUV company.

The 2018Â Mitsubishi Outlander PHEV is powered by aÂ 2.0-litre four-cylinder gasoline engine and two electric motors in the front and rear wheels producing a total of 197 horsepower.Â It is anÂ affordable plug-in hybrid SUV with DC fast charger, which will charge 80% of the battery in less than 30 minutes. While the Level 2 charging station or the at-home 240-volt charger will fully charge battery in less than 4 hours.

The Outlander PHEV is the only plug-in hybrid to have four-wheel drive in fully electric mode.Â It features Mitsubishiâ€™ Super All-Wheel Control (S-AWC), the worldâ€™s most advanced 4-wheel drive system.

In Series Hybrid Mode, the electric motors power the Outlander PHEV using engine-generated electricity. This provides an additional boost when more power is needed, including when driving uphill.

In Parallel Hybrid Mode, the engine powers the Outlander PHEV, with assistance from the motors when extra power is needed. Excess energy can also charge the battery while driving.

As part of the Renault-Nissan-Mitsubishi Alliance, Mitsubishi Motors will launch 12 new pure EV models by 2022. 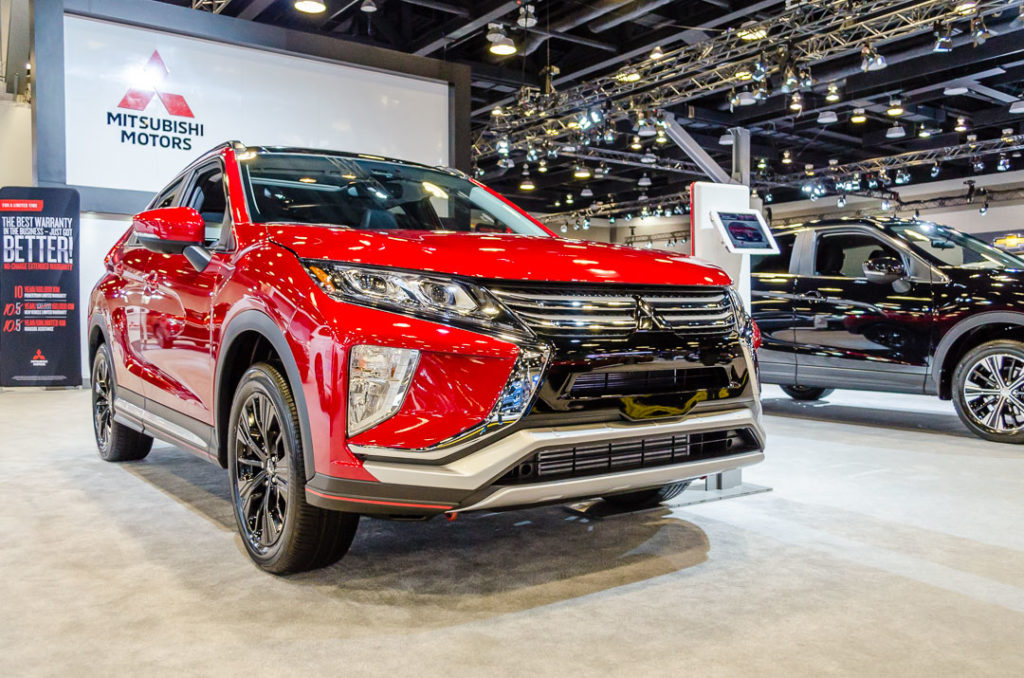 TheÂ Red Diamond paint is the most premium exterior finish ever offered by Mitsubishi Motors. The Red Diamond paint is created by a multi-coat process that includes the layering of a semi-transparent red and clear coating for a high-colour saturation and intensity that produces a highly-refined, deeper finish.